The kids finished up their first year at Sittee River Methodist School in June and I finished my first year learning about how schools work here in Belize compared to what I experienced as a child in the Midwest and what my kids experienced in NYC.

We moved here with the hope that life would be simpler, which included the schooling. I hadn’t felt too stressed out about NYC schools while I was there, but every time the conversation turned to admissions, whether it be Kindergarten, middle school, or high school, I hated the fact that there was so much maneuvering  I LOVED our primary school in NYC. It was very community based and had such great programs and teaching. And, I wasn’t afraid of sending the kids to a school in Belize with fewer resources, because I thought I could supplement at home with online learning and that the kids would certainly be learning a ton just by living in a new culture.

Assessment of our first school year

Last year was mostly good. The kids attend a small school which is a 15 minute drive from our home. We have 5 teachers at the school which requires each teacher to teach two grade levels. Rex was in a class with 2nd and 3rd graders (Standard 1 and 2). Fay was in a class with 4th and 5th graders (Standard 3 and 4).  One of the teachers also has to serve as principal since there are not enough funds given from the Ministry for a 6th salary.

Academically, the Belizian curriculum seems along the same lines as the US curriculum. The math is taught incrementally and repeats each year, but becomes more difficult in each topic area and adds new material. The language arts focuses on grammar and spelling and some writing. But maybe less creative writing and less assigned reading. Rex is not being asked to read 30 minutes a day like he would be in his old school. And no book reports like I remember doing in 3rd grade. The Science curriculum seems on par with what I am seeing in online schools for the same grade. However, Fay and Rex’s classes have not gotten through much of the material for their grades.

Sometimes science topics seem to progress haphazardly: last year Rex studied the inter workings of the human ear, but I didn’t see much else in terms of studying the human body. My conclusion so far is that there is not enough time/resources to study all of the science curriculum, and its not the priority compared to math, LA, scripture and free play. Sometimes the teachers have to focus on school wide events, like fundraising or a sports event and they will allow the kids to get an extra long break or lunch while the teachers work. Teachers tend to work fairly independently in their classrooms. I have not seen many checks on teacher performance or material covered for a given school term. This may point to lack of time and resources again. In our school, the principal is tasked with administrative tasks as well as teaching in the classroom. There is not any time left for her to manage the other teachers or perform evaluation of their classroom work.

And to be honest, because of the lack of monitoring, some teachers will take advantage and slack big time. I walked in on a teacher last year getting her nails done during class time. She had a manicurist COME TO THE SCHOOL over lunch hour, but they didn’t finish during lunch and she sat in the office getting nails done until the end of the school day. I was so entirely mystified. I think my jaw just hung open in disbelief.

I was somewhat timid to offer any criticism of school last year because I didn’t want to come in like a bull in a china shop or a foreigner in a new country judging this school by unrealistic expectations of what happens in other countries. But, Fay’s class got really bad by the end of the year. In the first 1/2 of the year, Fay had a substitute teacher, while hers was on leave pursuing an advanced degree. The first 1/2 of the year was fine. But when the regular teacher returned she spent most of her time in the principal’s office instead of teaching or even monitoring her classroom. Fay got the brunt of it and was bullied. Mostly kids would play keep away with her belongings and mostly it was initiated by one kid. I already knew Fay was receiving close to no instruction because her notebooks were empty, but when I learned about the bullying I finally spoke to the teacher/principal. This is when we agreed to a plan of raising private funding to hire an additional teacher.

Over the summer I lead Fay through an online summer school. We tried to cover missed science from last year, missed math, missed LA and American Social Studies. I and not overly concerned that she needs to be learning everything that she would’ve learned at her U.S. school, but I want to make sure she is exposed to the basics and I actually just want her to be excited about learning. When school is boring/not stimulating, it changes attitudes.  I also spent the summer raising money for the new teacher. 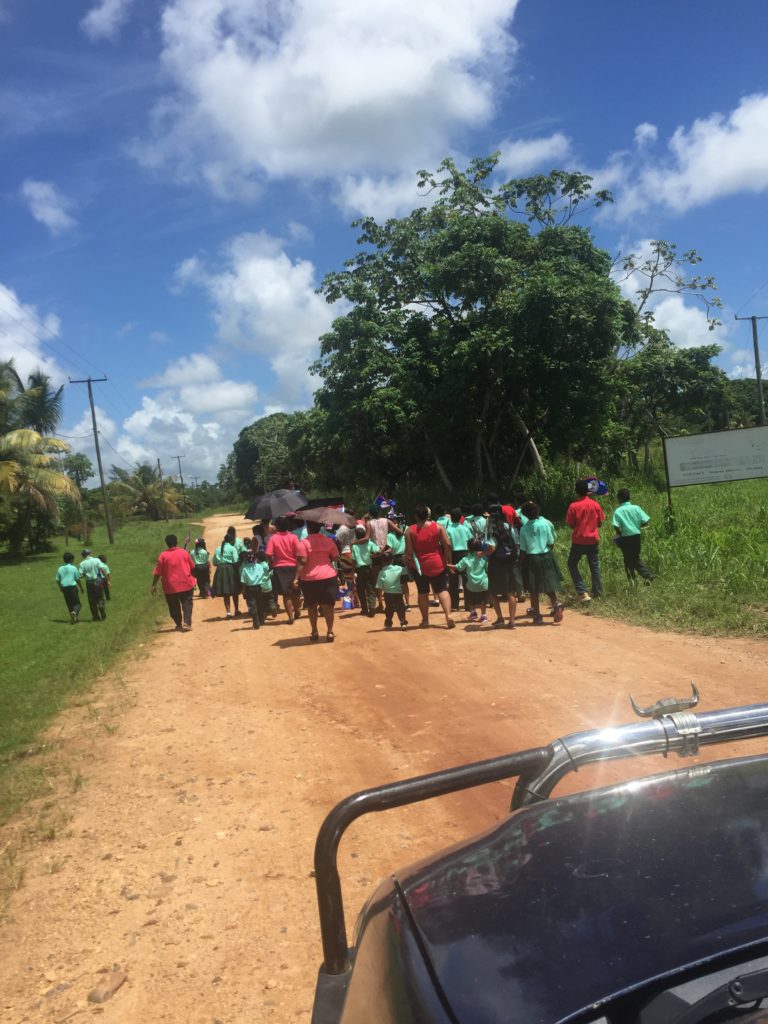 At the end of summer I reached out to our principal and was given unexpected news. She would be taking a position at the University and not returning to our school next year. At first I was scared this would disrupt our plans to fix the Standard 3/4 class. Rex would be entering Standard 3 and would be in this classroom for 2 years.  I was afraid the new principal would not know me and could be skeptical or not supportive of our current plan.

But, things are working out better than ever. Our new principal is an existing teacher at our school in the Standard 5/6 class. She is one of the hardest working teachers at our school and was reluctant to take on principal duties for fear she would neglect her classroom. After some soul searching she agreed to take on the additional responsibility. I know that she did this for the kids and for her community, despite it being a huge burden on her. She is excited about the money we raised and the help it will provide, but we have changed the position to be a Principal’s Assistant instead of a classroom teacher. Since our new principal would like to continue teaching as much as possible, we will hire a person to alleviate her of office work as much as possible. Only those duties that MUST be attended to by the principal will fall on the principal.

We have hired a new teacher to fill the vacancy of the Standard 3/4 classroom and we have hired a Principal’s Assistant to start next week. I am excited at all the changes we’ve gone through in just a matter of 4 weeks. The attitude of our new principal is not only going to change the classroom dynamics, it is going to improve the management at the school. And, I think it was lucky we were forced to reconsider hiring an office person rather than a classroom person. Having one person focused on office duties and in fact being an assistant to all teachers and principal will be a step up in consistency and coordination for the entire school. This next school year is looking bright!